Perimeter?
Perimeter is an experimental puzzle/RPG battle game. You, our Square-powered heroine, must fight through enemies to defeat the main boss. Rotate and move the mouse to fit your square through circular attacks.
Long ago, the Circle and Square nation lived together in harmony. Then, everything changed when the Circle nation attacked!
Perimeter was developed as part of the 2019 Locomojam (from Brisbane to Melbourne) for Melbourne International Games Week. The project was solely developed on-board a cramped 1980s train carriage with only battery power and no reception.

As stated above, this game was developed within 48 hours onboard a train. There was no internet, no power (outside of our devices batteries) and even no desks to work at. It was a true test of endurance and knowledge. I worked in a 2-person team, in which I tackled coding and my partner did the art. The idea of Perimeter was to combine puzzles mechanics into a fast-paced boss battle system. Overall, the project was completed just as the train was rolling into Melbourne station. 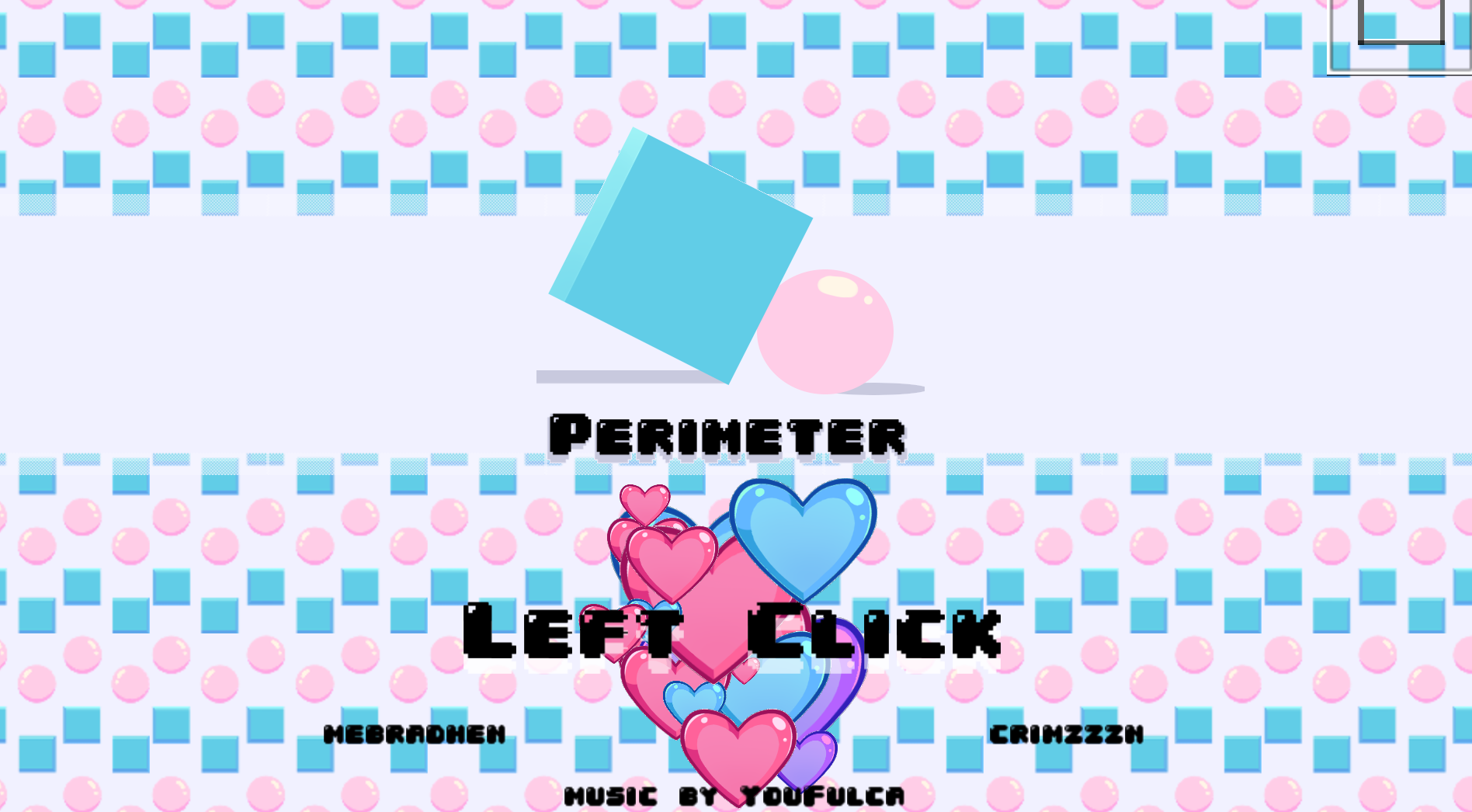 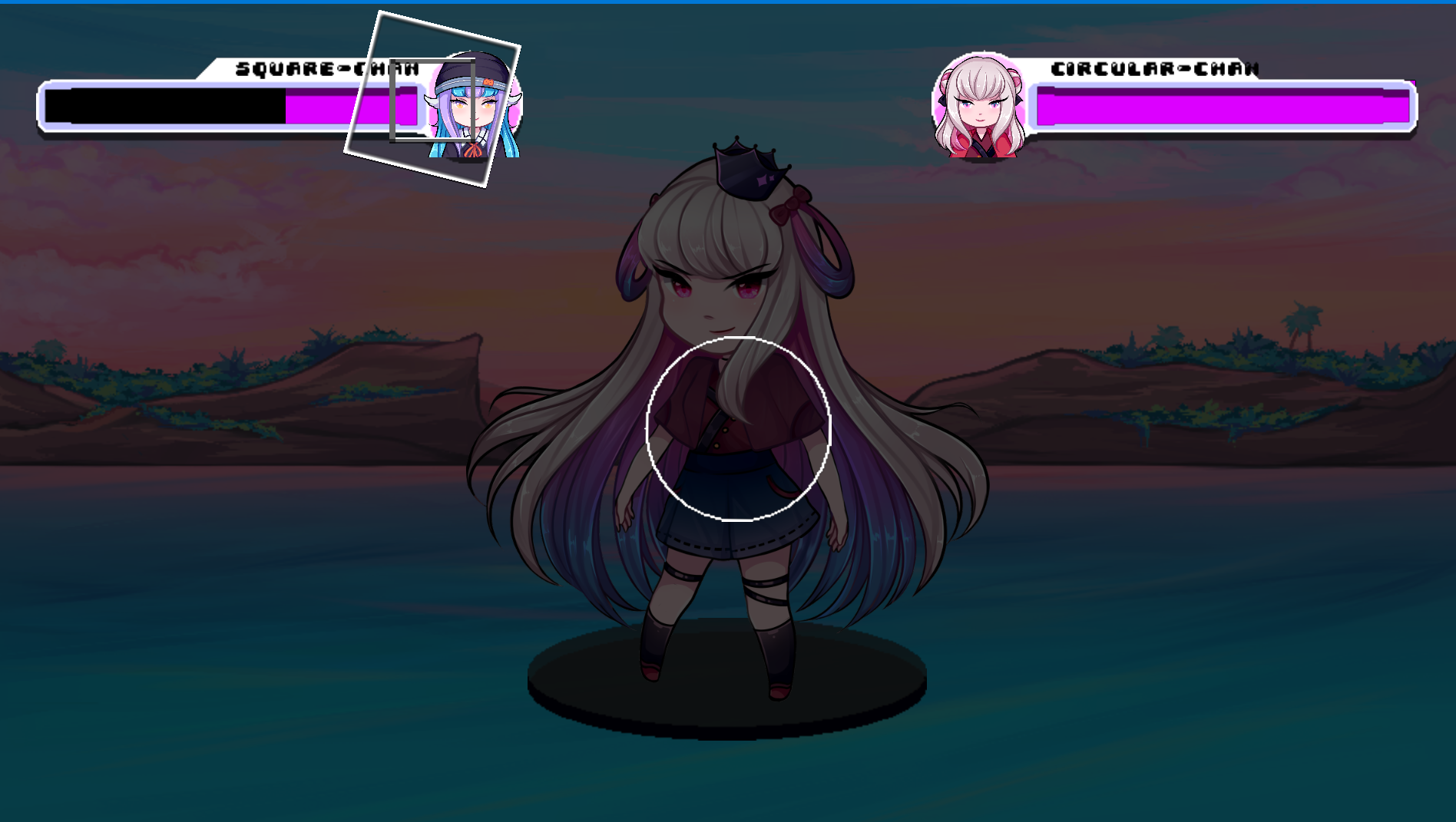 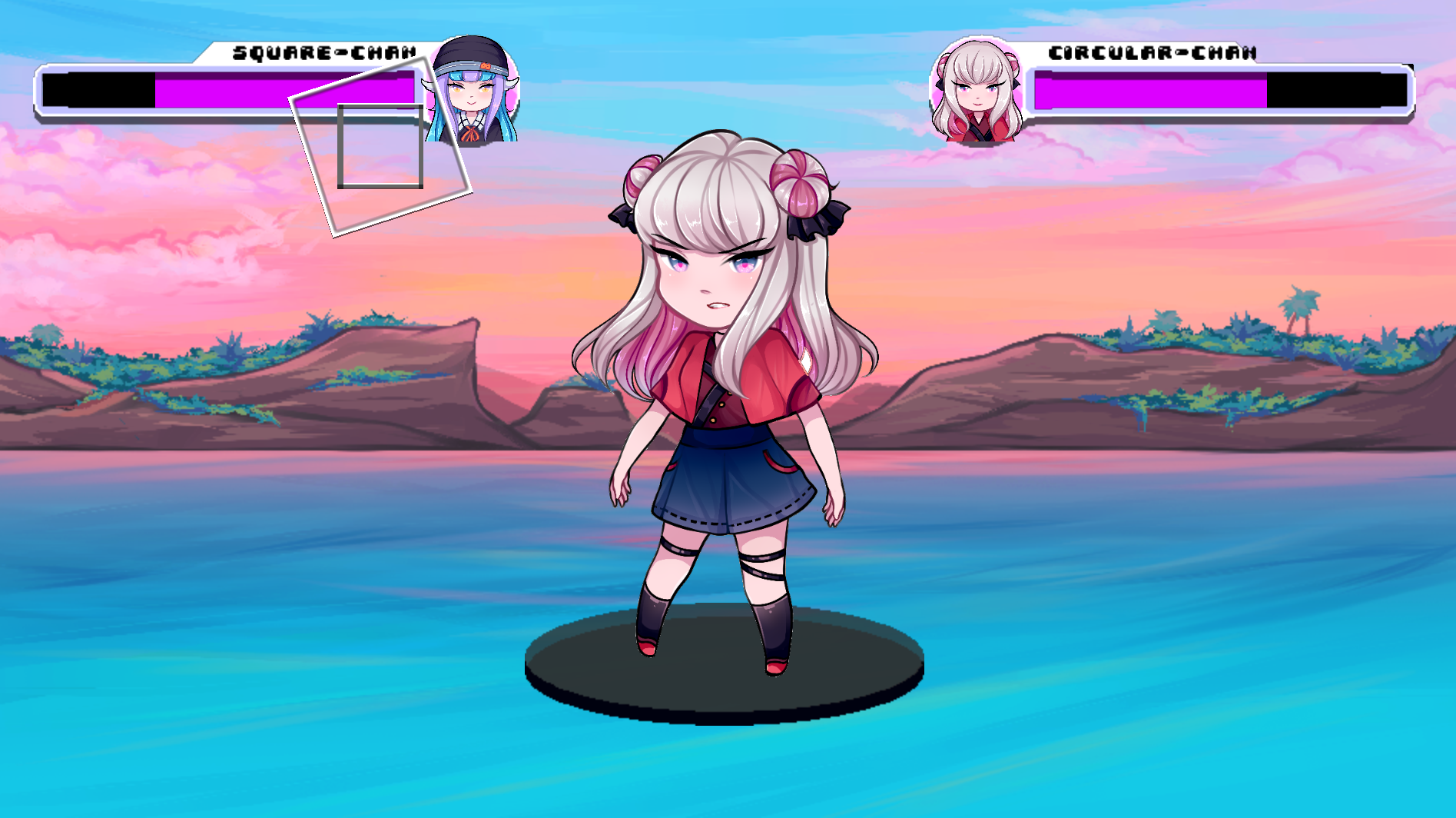